I think Rocky Road makes a great treat this summer. It goes perfectly with just about anything, whether it’s ice-cream, double cream, squirty cream, custard.. or even just on its own with an ice cold drink. I was intrigued to see how Rocky Road originated, and found a few interesting explanations about its origins: –

Some say that… Rocky Road was invented in Australia in 1853 as a way of selling the confectionery that unfortunately was spoiled by the long journey from Europe to Australia. Gold miners in towns outside of Melbourne, were wealthy but uncultured. Certain businessmen often took advantage of these uncultured men by mixing the spoiled confectionery with low quality chocolate and other ‘filler’ ingredients, such as locally foraged nuts and selling them to the gold miners. The name Rocky Road therefore, is thought, to derive from the ‘Rocky Road’ that travellers had to take to get to the gold fields.

Others say that… in March 1929, Californian man William Dreyer cut up a range of ingredients including walnuts and marshmallows with his wife’s sewing scissors and added them to chocolate ice cream to simulate to walnut and marshmallow chocolate created by partner Joseph Edy. After the Wall Street Crash in 1929, Dreyer and Edy gave out Rocky Road in order to “give folks something to smile about in the midst of the Great Depression.”

Your ingredients should look something like this! I may have added a little more of each ingredient than needed, for example,
an extra shortbread biscuit, a few extra marshmallows… oops! 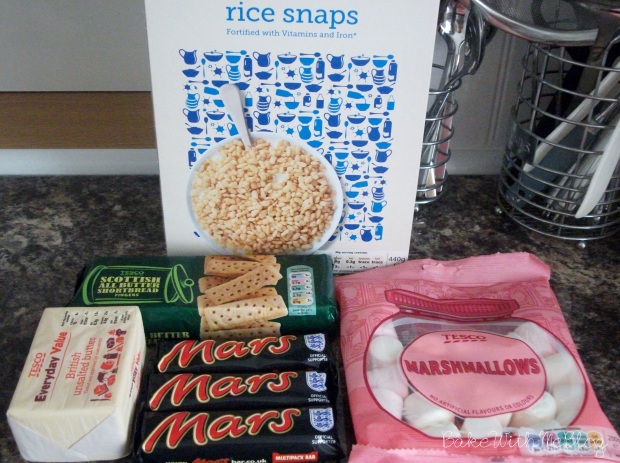 1. Line either a square tin or a loaf tin with greaseproof paper.

2. Roughly chop up the Mars Bars and melt in a bowl along with the butter over a gentle heat. (Tip! Make sure the heat is low to avoid the butter burning and the mixture separating) 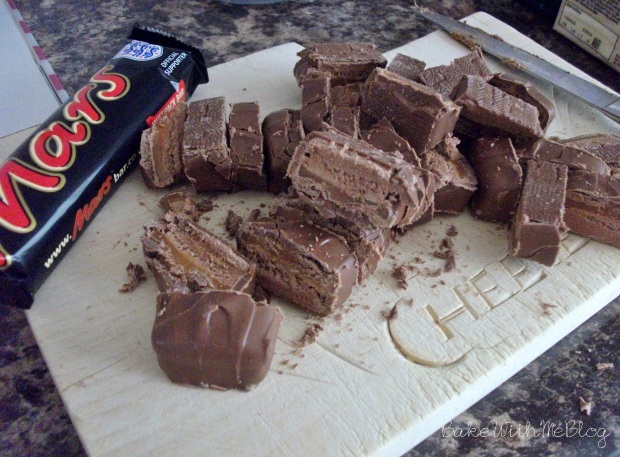 3. Break up the shortbread. Try to keep the chunks whole to avoid having lots of crumbs in the mixture.

4. Add the shortbread, marshmallows, and Rice Krispies to the melted Mars Bars and butter and give a good stir to cover everything with chocolate.

5. Pour the mixture into your tin and leave in the fridge to completely set. 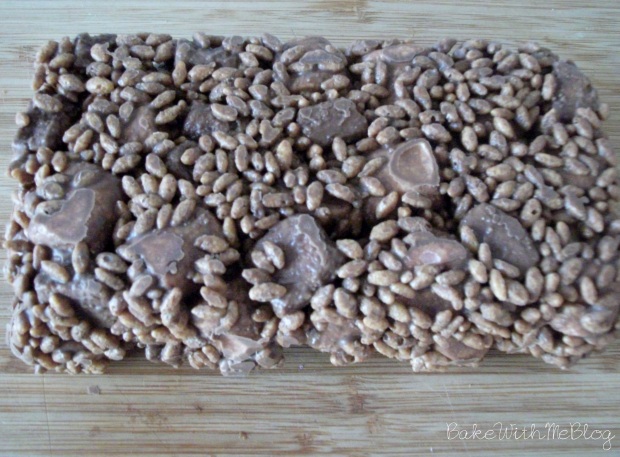 6. Once set, remove from the tin and cut into squares.